I had just finished yet another Harry Potter book marathon when my husband suggested we do a HP movie marathon too. I had always stayed away from the movies on purpose before this (except for the Goblet of Fire movie), because I am a “the-books-are-always-better-than-the-movies” girl. And after being done with three-fourth of the movie marathon, my resolve is even more determined.

The movies.. well.. they barely contain a quarter of the magic that is sealed in the books. Granted there are length limitations for a movie but that takes away the brilliance of some scenes which deserve to be described in the same minute detail as they are in the books.

Sharing some of my memorable Harry Potter Book moments:

Harry, Ron and Hermione never actually speak or decide upon being friends. Infact, Harry and Ron start out by actually disliking her. But in this scene, when after they have saved Hermione’s life from the troll at Halloween and Hermione lies to Professor McGonagall to save Harry and Ron from punishment; there is an unspoken agreement and the three of them end up being best friends, organically. True, “There are some things you can’t share without ending up liking each other, and knocking out a twelve-foot mountain troll is one of them.”

Throughout the series, most people have never encouraged Neville, even while he tries to improve himself. So at the end of the first book, when Gryffindor ties with Slytherin for the House Cup and Dumbledore says, “It takes a great deal of bravery to stand up to our enemies, but just as much to stand up to our friends. I therefore award ten points to Mr Neville Longbottom”; that moment was very well deserved and I could feel the deafening row of the Great Hall and visualise the Slytherin banners turning to Gryffindor as if it was actually happening around me.

When Harry tricks Mr Malfoy into handing Dobby a sock and the way the look of incredulous joy, disbelief and relief is described on Dobby’s face is one of my favourite moments. Top it with how Dobby goes all bad-ass on his ex-master and blasts him in a crumbling heap down the stairs with a firm, “You shall not harm Harry Potter!”.

Gotta hand it over to the cleverest cat in the wizarding world. Crookshanks did some amazing stuff in the third year – what with making friends with ‘dog’ Sirius and identifying ‘rat’ Wormtail, stealing Neville’s passwords and when Harry and Hermione were desperately circling the Whomping Willow, bleeding and distraught, he just darted forward and freezed the tree with one paw! Ha-ha!!

The Goblet of Fire is my favourite book for many reasons. I absolutely love each and every scene in this book but I am going to pick two for this list. The first being Harry’s faceoff with the Hungarian Horntail.

That was seriously cool bit of flying especially when Harry learns to master the Accio charm just the night before!! Didn’t think the Firebolt would come honestly. But it did and I loved the way Harry kept annoying and tantalizing the dragon, forcing her to finally spread her great black leathery wings and take flight while he dived and seized the golden egg with one hand.

#6 Voldemort’s return to his body

The entire chapter of Flesh, Blood and Bone was intriguing. The centre scene being Voldemort’s re-birth.

It’s not daily that you get to read about a Dark Lord rising. And the ritual was very mesmerising too. And when Harry stares into Voldemort’s inhuman face. It was all very eerie and cant-stop-reading at the same time. And well, Voldemort gave a great speech too!!

#7 Fred and George’s departure from Hogwarts

This is always going to be an iconic scene. All the firecrackers and mayhem and Umbridge running around soot faced was pretty satisfying to read. And when Umbridge cornered them, the twins couldn’t care less. They just raised thier wands, accio‘ ed thier brooms and flew off into the sunset to tumultuous applause. Even Peeves, who has never listened to any teacher, swept off his hat to them.

This is the stuff of Hogwarts legend!!

Everything that happened in the events leading up to and after Dumbledore’s death were surprising and terrible to read about.

Dumbledore and Harry seeing the Dark Mark over the school; Dumbledore and Harry flying over the school boundaries while Dumbledore chants and lowers the enchantments in real time; Dumbledore freezing Harry under the Invisibility Cloak; Snape sweeping in and accessing the situation in a sharp moment; Dumbledore pleading with Snape; Snape blasting Dumbledore off the tallest tower; Dumbledore’s body flowing in a graceful arc, hanging suspended in mid-air for a second and then falling out of sight; Harry realising that he is now frozen in place in horror than than with a spell; Harry rushing towards Snape; Snape reminding Harry to close his mind even when he flees; Hagrid not believing that Dumbledore’s dead; Dumbledore’s body lying like a broken wax work at the foot of the tower; Fawkes’s final most beautiful and most haunting lament filling the grounds…

Dumbledore’s funeral is a memorable scene for me from the books, not only because of the grand ceremony and the tributes paid to the great wizard but also because it was at Dumbledore’s funeral that Harry makes the decision of not returning to Hogwarts and Ron and Hermione tell him that they will come with him too. He also breaks up with Ginny and closing the last page on that book was closing a page unto Hogwarts itself.

I still cry whenever I read this scene… Dobby did not deserve to die!! It was just unfair and so heart breaking.. I just cannot believe that fate can be so cruel.

I am a huge admirer of Priyanka Chopra. I was eagerly awaiting the chance to read her memoir, Unfinished, and now that I did, I am more in awe of her.

The book starts with her childhood memories and what it was like growing up with parents who treated her as an individual who has an equal say. Priyanka recounts a story when she asked her father, why her name was not on the house name plate. Any other adult would have dismissed it as a child’s zid, but her father thought on it and said, “You are right. You live in this house too. Your name should be on it.”

She credits her career to her parents, who shuttled between their hospital commitments and moved around the world with her so that she could flourish. And her brother who kick-started the whole thing by sending her nomination to Miss India without even informing her.

Priyanka says that she is an amalgamation of the East and the West. She grew up and lived in different cities in India, moved to the US for high school, came back and became a Bollywood star and eventually transitioned into Hollywood.

She believes that we shouldn’t strive to fit into a mold of society-approved-standards. That infact, our difference is our strength. It is what makes us stand out & more importantly, it is what makes us , “us”

She also believes that we should have a go at every opportunity that comes our way. And not just try it for fun, but invest our 100% in it. If it works, it will pay off dividends. If not, then what’s the worst that will happen? Whatever might be the failure, it will not be for lack of effort.

This has been her strategy for her entire career. She entered the Miss India contest, while studying for her XIIth boards. She took up film offers and prepped herself for every role that came along her way. Sometimes, some opportunities tanked, like her music career which didn’t really take off – but as she says, it wasn’t for lack of effort.

Priyanka also showcases how important it is to swallow the pride pill & not shy away from starting at the bottom; which is what she did when she established her career in the US.

I enjoyed reading about how Nick “slided” into her DMs to their big fat Chopra Jonas wedding festivities and the infinite trains.

I loved all the anecdotes about her parents – especially the one when her father painstakingly wrote and re-wrote the words for her tattoo even when he was unable to hold a pen in his hands.

The stories about her parents’ days in the Army & her own experiences as UNICEF Goodwill Ambassador were heartening.

Priyanka Chopra has always been an inspiration for me, and will continue to be, because, she’s not quite “finished” yet!!

Amy’s mom has moved to Connecticut. And now, she must follow suit. Her mother also needs her to drive their car. But Amy hasn’t sat behind the wheel since that fateful accident. So, her mother asks a family friend, Roger, to drive Amy home. She also has the entire itinerary planned for them to reach in 4 days but Amy & Roger decide to take a quick “little” detour which turns into this epic book!!

I loved reading this book!

When they say, it’s not about the destination but the journey, this book sort of proves it is true. On this road trip, Amy goes through an entire journey of re-discovering herself and coming to terms with grief, that when she finally pulls into that rest station at Connecticut, she is ready to move on.

As a central character, I liked Amy. The way she thinks – feels – it’s how any normal teen girl would. Her thoughts are very real and that makes her believable.

Amy has resented that her family’s life was always very “boringly settled.” It was only after her father’s death when they hit rock bottom, she realizes how blessed they were in their boring routine. She also talks about how much we take what we have for granted and always assume that things will stay that way.

Even when there is reflection, there is no gloom in the tone of this book and that is what works in this favor. There are emotions that are lightly dusted with good conversations and a game of 20 Questions.

I knew America was huge but I never realized how huge it exactly is. Starting from California, as Amy and Roger cross various borders to the East Coast, there is not only a change in scenery, the weather and the time zones but the culture changes too. Now, I may never get a chance to visit America, but this book sure gave me the opportunity to experience it.

The road trip isn’t described like a fancy ZNMD vacay. The author also talks about how uncomfortable it is to be sitting on your butt for 5-6 hours, the lonely stretches of road that can get scary if your car is to breakdown & of course the lodging and dining takes a hit if you are travelling on a tight budget.

One more thing I liked about this book was all the scrapbook pages in which Amy journals their trip & as someone who loves to do a bit of scrapbooking herself, I enjoyed reading her pages and picking up ideas.

If you are planning on taking a summer trip, this book is something you should pack along!! 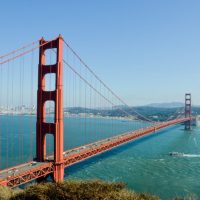 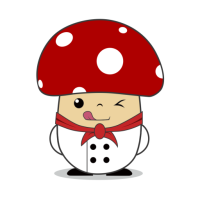 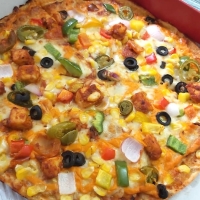